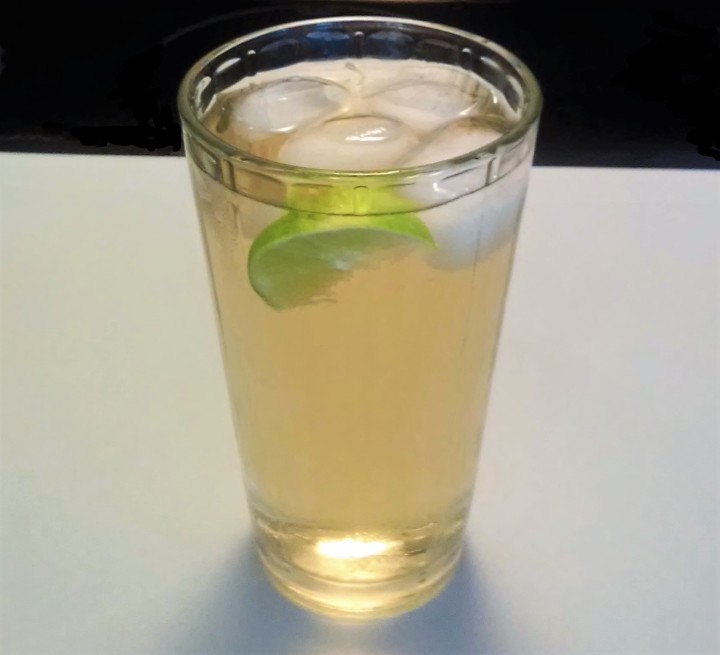 Since I was looking for recipes featuring ginger with Canadian and Mexican elements, it did not take me long to think of Canada Dry™ ginger ale, the first reference to Canada I ever had as a child in Mexico. I confess my top choice of soda – in typical Mexican fashion – was Coca-Cola™, but my mom would rarely allow it because of the caffeine, so ginger ale was a more acceptable and also very popular option. Back then, I think what I liked the most about Canada Dry was the label, with a logo resembling a coat of arms, sporting a map of Canada topped with no less than a crown, along with the slogan “the champagne of ginger-ales.”

Although ginger is native to South Asia and China, and ginger ale is a European invention, pale or “dry” ginger ale is indeed Canadian, and it was very interesting to trace the history of my (second) favourite soda:

Ginger was known since ancient times not only in Asia, but in the Eastern Mediterranean coast; its mention in the text of the Quran means that it was known to Muslim cultures by the 600s C.E.  It was also one of the earliest spices known in Europe, already praised by the Greek and Roman empires.  Its use in baked goods is documented in France since the ninth century, which extended along all of Northern Europe as digestive aids and shaped in different forms to convey messages.  In England, both Henry VIII and Elizabeth I were known to favour ginger; the first for medicinal applications and the latter, as a feature in the lavish sweet spreads offered in her court. Ginger became so popular that it was used as a condiment to add to food at the table. By the nineteenth century, pubs and taverns in England would put out small bowls of ground ginger, for people to sprinkle into their beer and get a whiff of the fresh spice in their drink, which was probably the origin of the name ginger-ale. It is not surprising then that the first non-alcoholic ginger flavoured beverages were developed in Ireland and England, sometime in the 1840s; although probably nothing more than sweetened water with ginger at first, they became nevertheless very popular as tonics and refreshments.  Just a few years later, ginger-ales and ginger-waters had made their way to the US East coast, sometimes called “switchels”, and shortly after the American Civil war, pharmacist James Vernor invented “golden ginger-ale”, allegedly from a barrel of ginger water left behind in Detroit just before he joined the Union Army, which upon his return in 1866 had transformed in a “deliciously different” fermented non-alcoholic beverage.

In 1890, chemist John J. McLaughlin of Toronto, started to manufacture soda water, as a mixer for juices and cordials. He also developed a more refined, and less sweet “dry” ginger ale, his Canada Dry Pale Ginger Ale.  In 1907, it was the object of an appointment to the Vice regal Household of the Governor General of Canada, and the label featuring a map of Canada with a beaver at the top was replaced by the present shield with the Canada map and crown.  His company also developed mass bottling techniques; ginger ale became a roaring success during the 1920s as a perfect mixer to mask the taste of home brews during the Prohibition. Canada Dry was also the first of the major soft drink companies to introduce sugar-free drinks and sodas in cans: 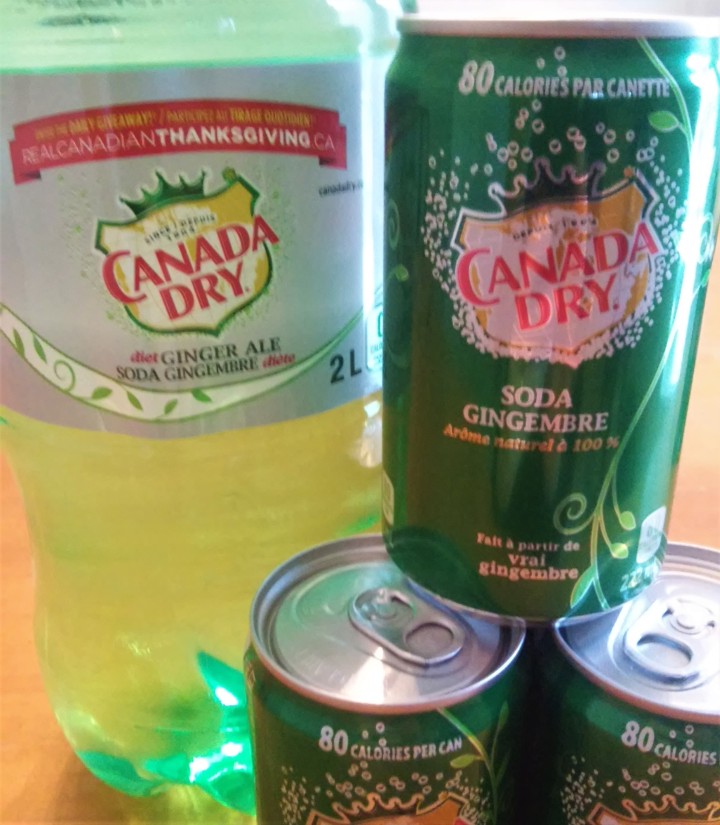 The Ginger Limeade pictured at the top of this post, is my take on a homemade Canada-Dry-like beverage, with added Mexican flavours from agave syrup as sweetener and lime juice to give it a slight acidity (in lieu of fermentation).

Dissolve sweetener in water; add freshly squeezed juice from one half of the lime, and ginger, stirring until well dispersed. Just before serving, top with soda water and add ice cubes and a wedge from the other half of the lime.

I thought I was being very clever with my recipe, but it turned out to be similar to the one cited in a passage from Laura Ingalls Wilder’s “The Long Winter” (sixth book of the “Little House” series, published in 1940) set in the last quarter of the 1800s, in which Laura and Pa get a treat after Laura’s first day helping with the haying on the field: “… Ma had sent them ginger-water. She had sweetened the cool well-water with sugar, flavored it with vinegar, and put plenty of ginger to warm their stomachs so they could drink till they were not thirsty. Ginger-water would not make them sick, as plain cold water would when they were so hot.“

I still see my version as a humble improvement, though, because I am guessing that Ma probably only had ground ginger available, so grated fresh ginger and lime juice sure must taste crispier and better than dry ginger and vinegar.  At any rate, my ginger limeade was just as described by Laura, very refreshing and yet, somehow, warm in the belly.

FUN FACT: COXALA™ is a Mexican company located in Jocotepec, in the state of Jalisco, specializing in organic tonics and naturally fermented beverages, including non-alcoholic ginger-beer

I am joining What’s for Dinner? Sunday Link-up # 171 graciously hosted by Helen @ The Lazy Gastronome.