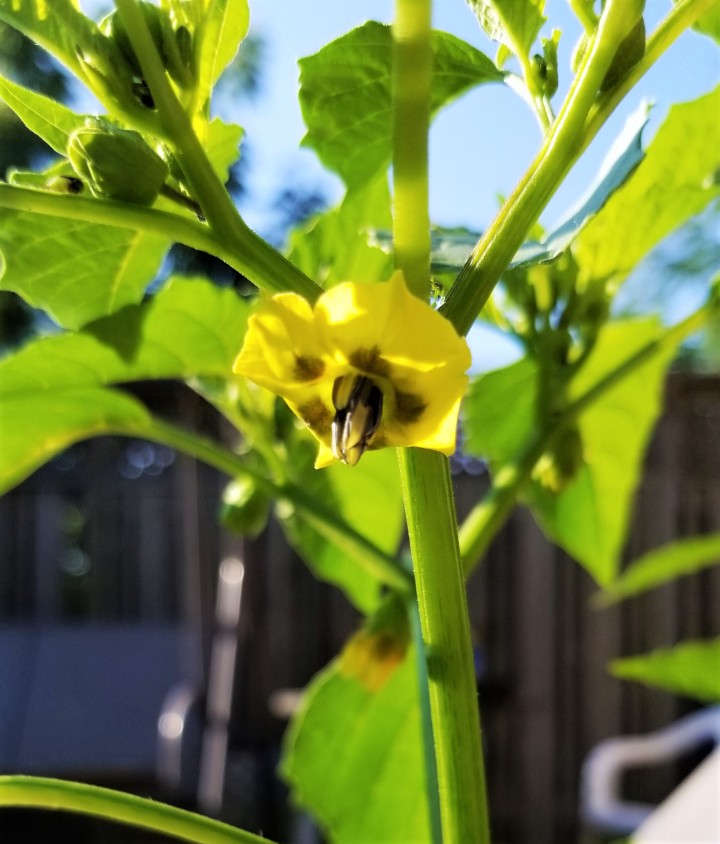 The word milpa comes directly from the Nahuatl milli – cultivated field and pa – place.  In agricultural terms, it refers to a piece of land that was cleared from the forest or jungle, developed into a plot for a variety of edible crops grown for several years, and then restored to its original state to allow the soil to regenerate.  Culturally, it is a holistic way to grow food in harmony with nature, by allowing the growth of corn (maize) along with beans and squash (the three sisters), as well as other Mexican native crops, such as tomatoes, tomatillos, peppers and quelites (Mexican pot herbs).  These plants complement each other as crops, but also as edibles, from their variety of nutritional value profiles.

When I started growing vegetables, I had tomatoes, peppers, squash and beans; these crops are all native to Mexico, but could be expected as staples in vegetable gardens around the world.  A couple of years later, a good section of my vegetable garden was created when a huge pine tree fell down; after the tree was removed, and encouraged by my daughters, I cleared the area and planted a three sisters garden that year.  Since then, I have tried other Mexican crops, such as tomatillos, heirloom hot peppers and a few quelites, for example, epazote and purslane, some of which might not be readily available in Canada otherwise.  Looking at this bucolic background story, I guess my backyard plot qualifies as a milpa.

This year, my milpa has the three sisters growing once again, consisting of purple corn, pole beans, and Tatume squash, all heirloom varieties.  In the photo below, the corn plants may be seen, with their long leaves; beans are climbing both the corn stalks and a wood pole, which also supports a chicken wire barrier and the lush Tatume vines at the front:

The wire fencing might not be as sturdy as a lion cage, but has been strong enough to  shut rabbits out my garden beds; those furry critters love munching on bean shoots, but my heirloom Calypso beans are growing well: 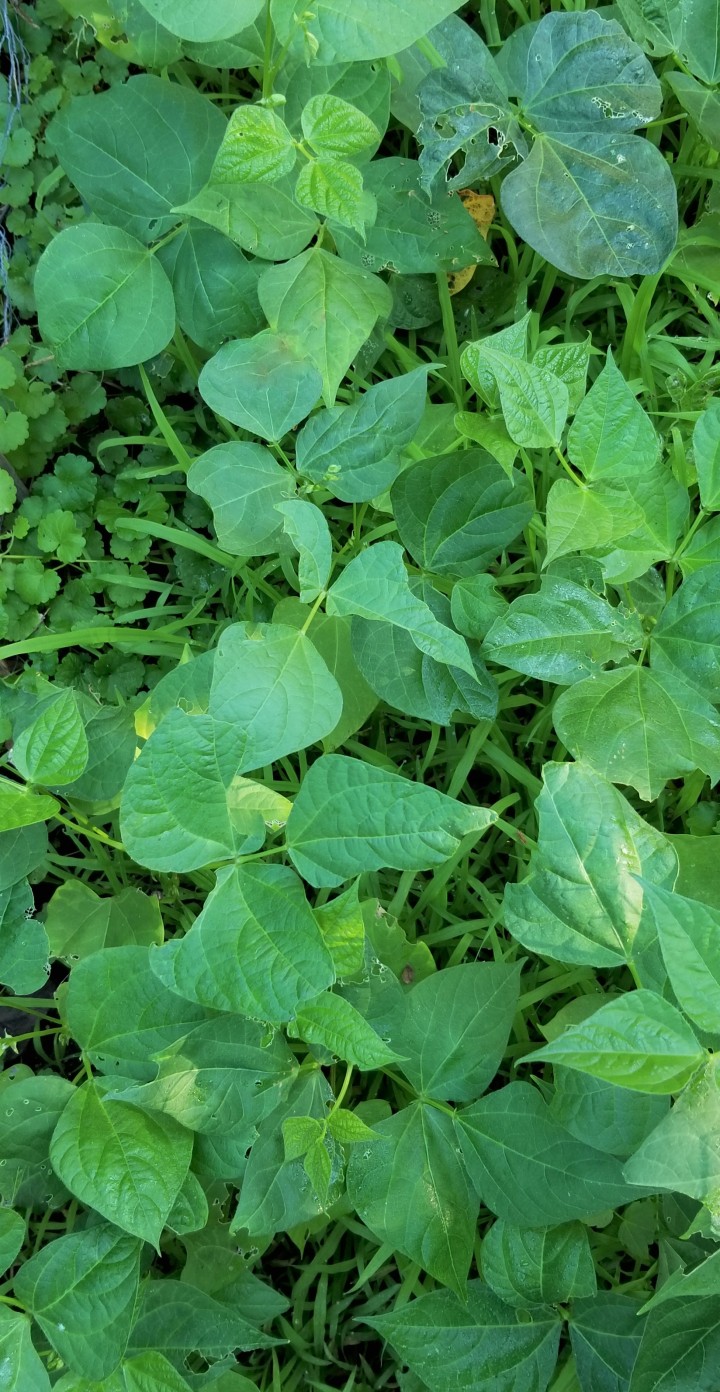 My tomatillos (photo at the top of the post) and tomatoes (below) are starting to bloom:

And my peppers are at different stages, some growing taller, while others are already blooming and producing fruit:

Volunteer sprouts and grass may be seen covering the beds as a green mulch.  In spite of this apathetic attitude towards weeding (or perhaps because of it), I have purslane shooting everywhere – for example, next to the Filius Blue peppers above – and epazote is at its prime (photo below); both are now self-seeders in my garden, and come back on their own year after year.

Also, I am growing huauzontle (Chenopodium nuttalliae) for the first time; it is a quelite from the same family as amaranth, with edible leaves, stems and seeds.  At this point they look like puny weeds (photo below), but hopefully they will grow and develop chubby seed clumps.

I will post updates on these crops, as I process and cook what I am harvesting.

11 thoughts on “My Backyard Milpa”