Green, white and red are Mexico’s national colours, but another one that well defines Mexican culture is pink, specifically a shade known as rosa mexicano (Mexican pink, sometimes called Mexican rose.)  For centuries, rosa mexicano has been used in Mexican textiles, and continues to appear in many garments and linens to this day, such as in some of the embroidered flowers on this cushion, that my sister gave me (detail pictured at the top of the post):

Rosa mexicano is also still featured in many crafts, such as the background and the bird’s body and tail in this hand painted guaje (dried gourd), also a gift from my sister:

The name, however, was coined in the twentieth century by renown author, fashion designer and painter Ramón Valdiosera (1918-2017), right after his fashion show at the Waldorf Astoria Hotel, in New York City, in 1949.  His contemporary collection, inspired by pre-Hispanic textiles and traditional Mexican embroidery, featured the bright shade of pink.  When asked to comment on the colour after the show, he said it was part of Mexico’s cultural heritage, and one reporter referred to it as “Mexican pink” – “rosa mexicano, si” replied the designer; the name was adopted and popularized from then on.  Valdiosera continued his saga, promoting Mexico’s indigenous costumes adapted to current trends, along with his rosa mexicano, later retiring to a quiet, yet active and successful, career as a painter.

In terms of the colour palette, it is somewhat similar to fuchsia, a very popular and “vivid purplish red colour”, named after a genus of flowering plants, some varieties with blooms of that colour.  In the Red-Green-Blue (RGB) light wheel, fuchsia and magenta are the same (255,0,255), with equal parts of red and blue, and no green component. Rosa mexicano is, however, less purplish, defined as e4007c in the hexadecimal (web) colour code, which translates to RGB (255,0,126), a shade with more red than blue, hence, indeed less purplish: 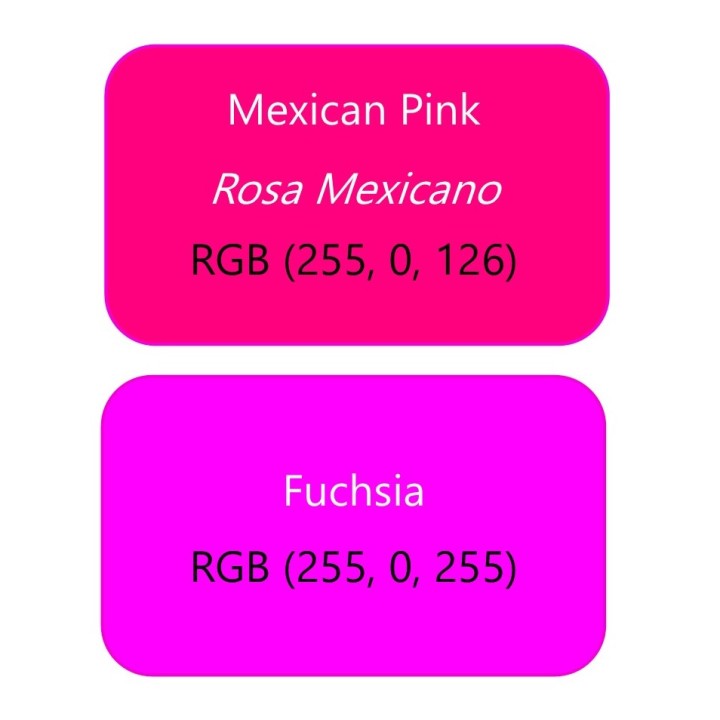 In nature, rosa mexicano is often compared to the beautiful bracts (coloured leaves surrounding flowers) of bugambilias (Bougainvillea spectabilis), frequently spotted trying to escape confinement, spilling over fences in Mexican gardens, such as the ones I photographed last spring, just outside of my friends’ apartment building, where I stayed, in Mexico City: 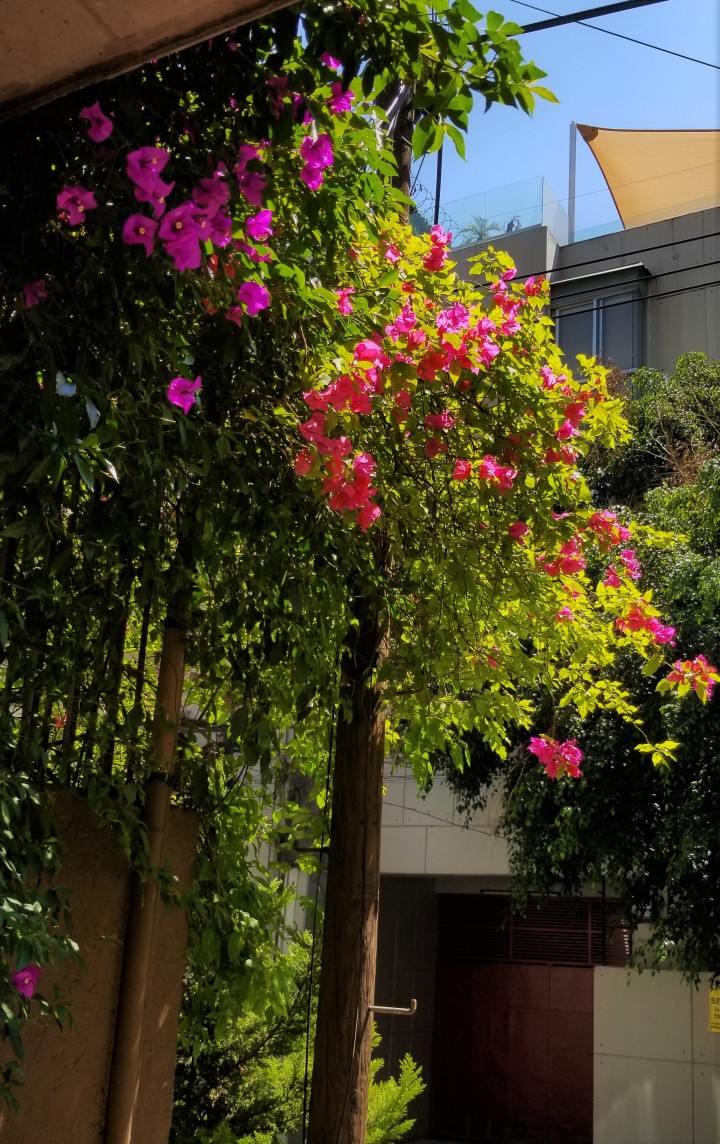 This reference might not be very precise since, as seen in the photo above, they come in different shades; I would say the ones on the left are fuchsia, and the others, in a close-up below, more of a true Mexican pink:

In my garden in Canada, I currently have two examples of rosa mexicano: the first is my blooming beebalm (Monarda didyma), native to my region, with a lofty look: 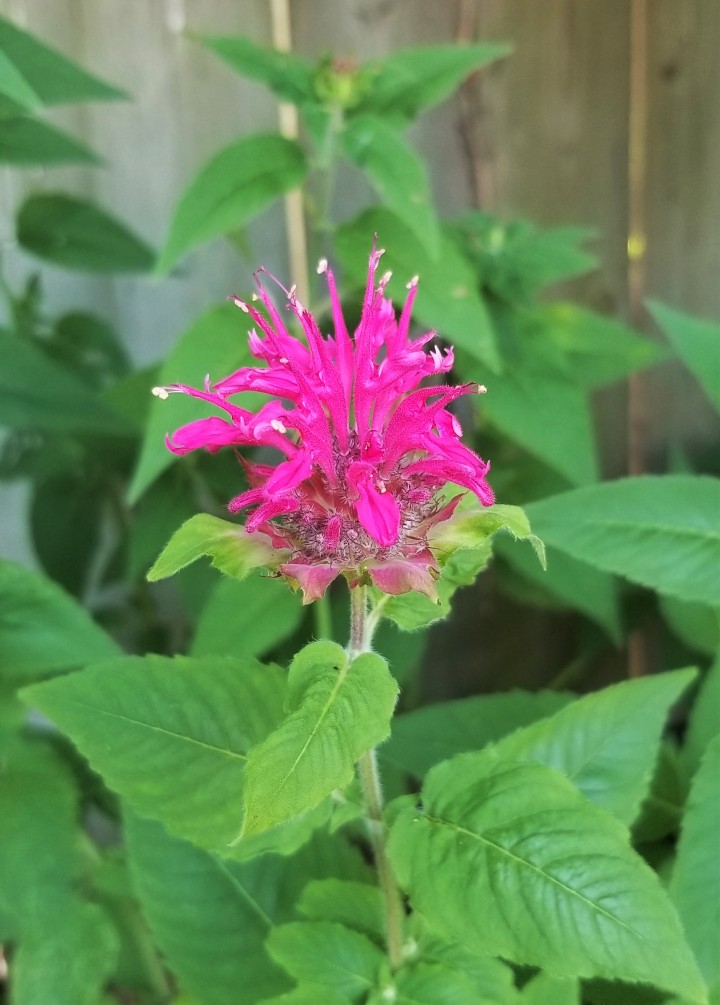 And the second is a petunia (Petunia sp.) also in bloom, which has been re-seeding in my garden for a few years, originally from seeds inside a lucky charm that one of my daughters brought me from Boston:

Isn’t life more enjoyable, peaceful and beautiful when looking through rose-coloured glasses? Maybe not very realistic, but a splash of rosa mexicano in arts, crafts and flowers, certainly continues to reflect the upbeat and artistic spirit of Mexico.

Linking to Cee’s Flower of the Day (FOTD)  July 16 2019 – Peony; Cee is featuring a beautiful peony in a bright shade of pink, too!