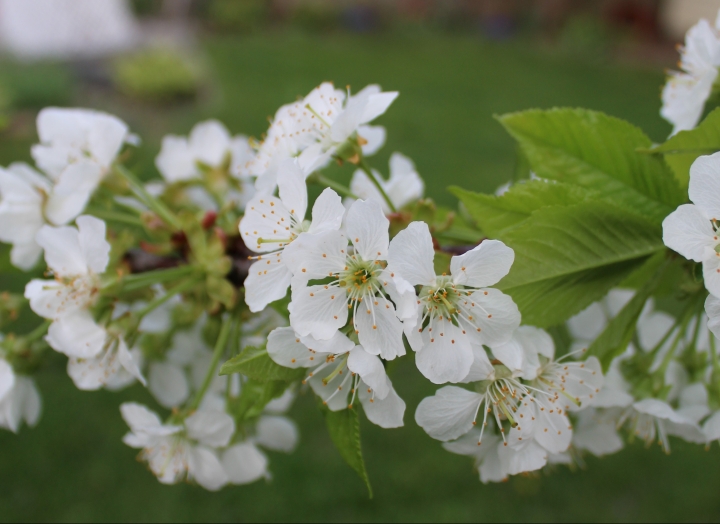 Cherry flowering peak dates in Japan started in late March, and were mostly over by the first week in April; however, the Northern region of Hokkaido had some viewing times as late as May 4th, coinciding with Toronto’s High Park first bloom sighting date, with peak days as late as May 8th to 10th.  Right now, The Royal Botanical Gardens, in Hamilton, have their flowering cherries listed as the “What’s in Bloom?” featured collection of the week.

In my backyard, I have a cherry tree; it was a present from my family, five years ago, for Mother’s Day.  We planted the thin sapling together, and it must have been in distress, because the poor thing even fruited that summer (notice the pale ovals on the bottom branches): 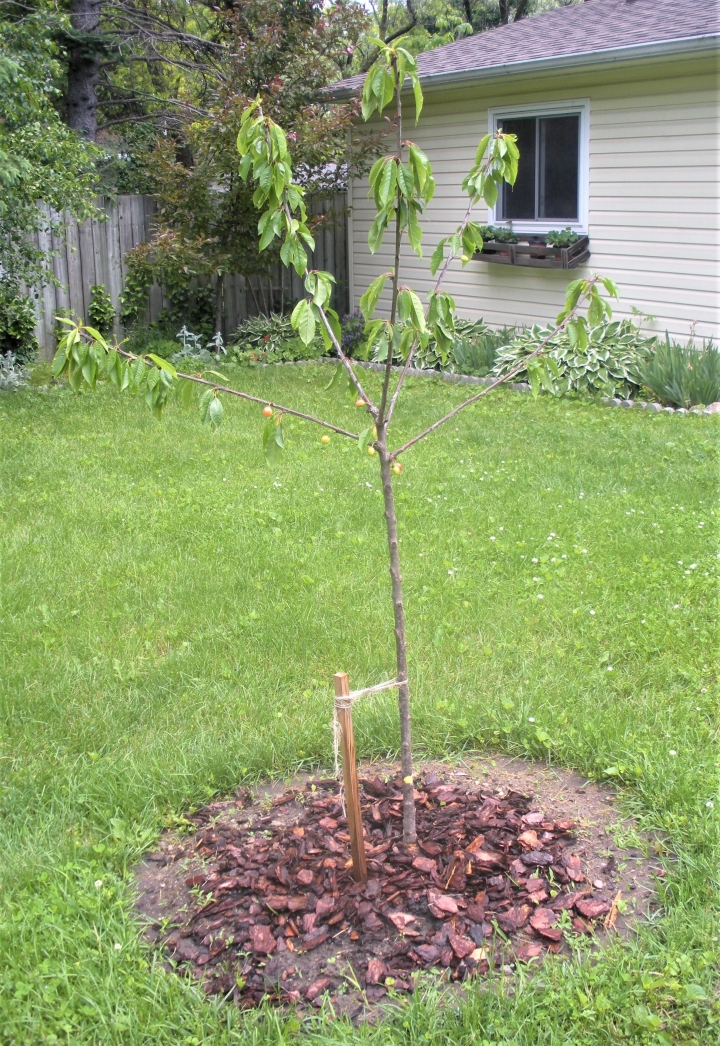 It survived, though, and now it is about 3 feet taller, growing every year, and gifting us with a full bloom show, usually in mid-April.  This year it was later, on May 5th, due to a very cold month of April (photos at the top of the post, and below): 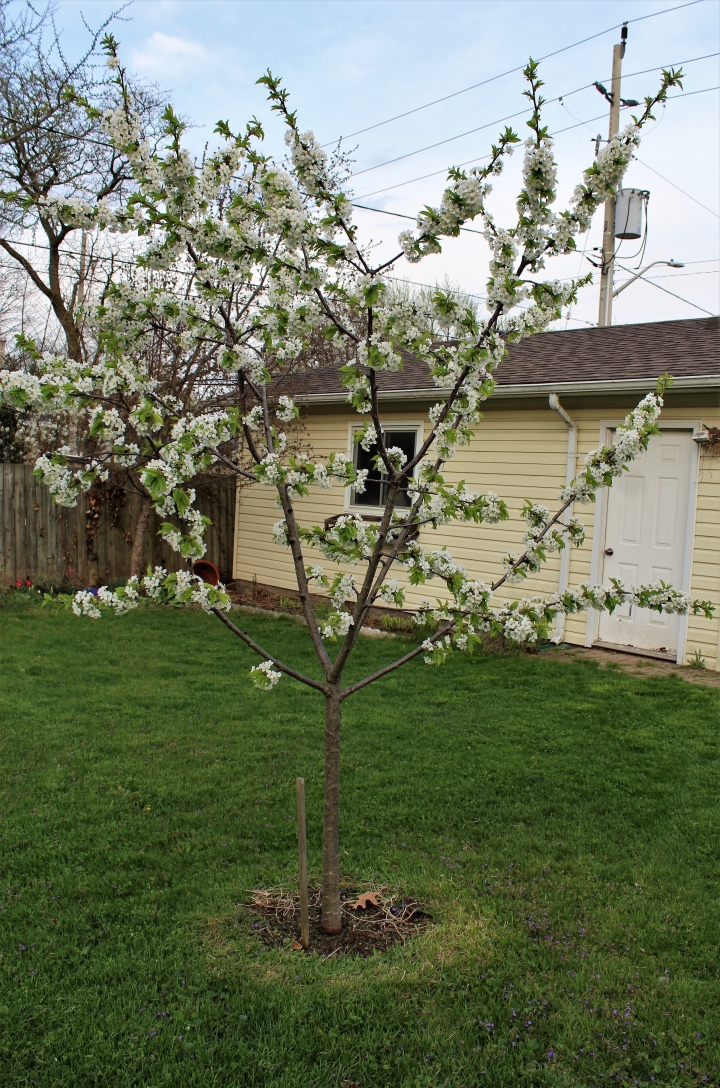 The Japanese cherry tree Sakura (Prunus serrulata) is widely appreciated as an ornamental, and some cultivated varieties outside Asia do not grow fruit at all.  My cherry tree is a Stella (Prunus avium), a great variety for the small backyard: it does not grow too fast, it is self-fertile (only one tree needed for pollination), and the beautiful blooms give way to sweet dark fruit.

Although mostly non-existent in Mexico when I was growing up, cherries were my favourite fruit; I would take any opportunity to taste them in ice cream, the centre of a chocolate bonbon, or even a Maraschino on top of a slice of cake.  When I first came to Canada, I went to a cherry tree orchard, and it was such a delight to hand pick sweet cherries, and eat them fresh, to my heart’s content.

Since I do not use any harsh chemicals on my crops, I had Japanese beetles covering whole branches of my cherry tree from the end of June to mid-August, and two years ago, the birds had a feast of worm-stuffed fruit all summer long.  I started going out twice a day, with a spraying bottle filled with a solution of 1 tsp Epsom salt per 1 liter of water, and a bucket with soapy water; the branches got sprayed, the beetles dropped in the bucket.  I also diligently picked all the fallen fruit off the ground, since it might serve as a refuge for fruit fly larvae.  The measures paid off; last year we enjoyed the first handful of cherries, worm free, and deliciously sweet.  This year I will be following the same procedures, and hopefully the birds will share some of the bounty with us humans.