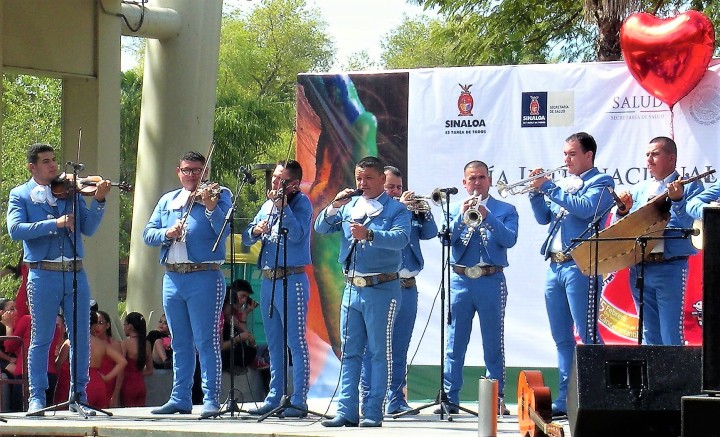 To conclude Mexico’s “patriotic month”, here are the results from my “What is the most Mexican …?” poll.  Thank you to all the kind readers and friends who took the time to respond; I was delighted to learn opinions from different points of view.  The answers, falling into three categories were, in order of popularity:

What is the most Mexican symbol? Sombrero; mariachi band; national colours (green, white and red), for example in this pozole blanco:

What is the most Mexican beverage? Tequila; horchata; mezcal: 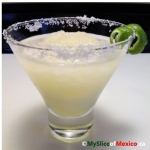 What is the most Mexican food/dish? Taco, enchiladas, chiles en nogada 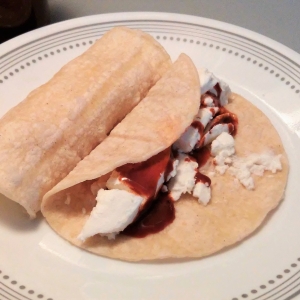 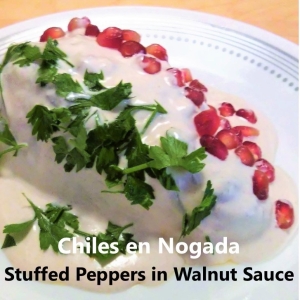 Items that I have mentioned in previous posts are highlighted and linked to related entries and recipes (or click on images).  The ones I have not covered are: mariachi band, sombrero and enchiladas.  I am preparing a series of posts to talk about enchiladas, coming soon.  In the meantime, regarding the other two items: At the top of this post, I am sharing a photo I took of a mariachi band at a cancer fundraiser in the state of Sinaloa (2015).  And following below, I am showing some of my dad’s photos (circa 1971) featuring three of the best known Mexican sombreros:

Sombrero de charro – horse rider’s hat.  It is generally accepted that the inspiration for this hat came from the rider’s hat brought from Spain during colonial times, specifically from the region of Salamanca.  The formal hat is made of velvet, with stunning patterns embroidered on both sides of the wing (photo below, left: girls at a school festival, in traditional outfits from the Mexican state of Puebla); the everyday version is made of natural fibers, such as straw (photo right: female riders at a parade in Mexico City; they may be called charras, but it is more common to use the name Adelitas, a term coined during Mexico’s Revolutionary war in the 1910s):

Sombrero de ala ancha – Wide-wing hat.  Mexican indigenous groups created their own styles, usually made with cheaper materials they could afford, prominently featuring a wide wing and a high top (photo below: performers lining up for a traditional dance in Cuetzalán, Puebla): 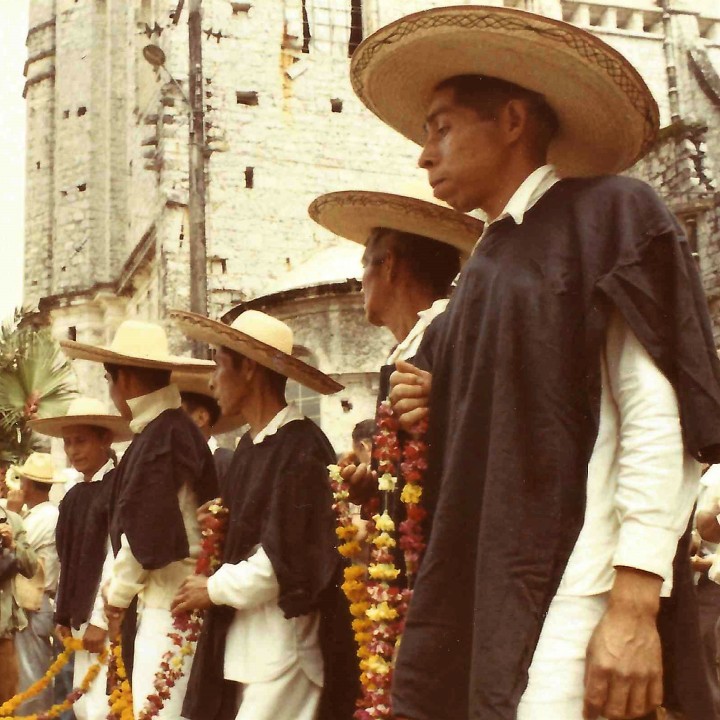 Sombrero panameño – Panama hat.  This is a more contemporary hat that men wear on the streets in hot regions all over Mexico, an example shown in the photo below (again, in Puebla):

Have a Great Weekend!

I am joining What’s for Dinner? Sunday Link-up #168 hosted by Helen @ The Lazy Gastronome

7 thoughts on “September Wrap Up”