A restaurant I had the chance to visit in Culiacan with my sister and brother in-law last month was “La Pitahaya Redonda” (1430 Cancún St., Fracc. Isla Musala, Culiacán, Sinaloa, Mexico):

This is a curious name, but it probably comes from the widespread interpretation of the etymology of the word “Sinaloa” by Eustaquio Buelna, a historian and politician born in Mocorito, Sinaloa in the mid 1800s. Mr. Buelna proposed the word “Sinaloa” coming from the indigenous Cahita dialect words sina – pitaya or pitahaya and lobola – rounded, that is “round pitahaya.” However later debated, no other plausible explanation has been accepted, and even the state’s coat of arms is encased inside a stylized pitahaya fruit (from “Sinaloa, Historia Breve” by Sergio Ortega Noriega, Fondo de Cultura Económica first edition1999, first e-edition, 2016):

So, it turned out that we were having brunch at a restaurant named after the state of Sinaloa itself! It is a nice place with a flexible brunch menu, which allows customers to build their own meal from a wide selection of egg, meat, and vegetarian dishes, complemented by all sorts of sides, fruits and beverages. No snow in Culiacan in April, for sure, but I showed some empathy for my family in Canada, and started with a steamy mug of café de olla (click here for my recipe for Coffee from the Pot): 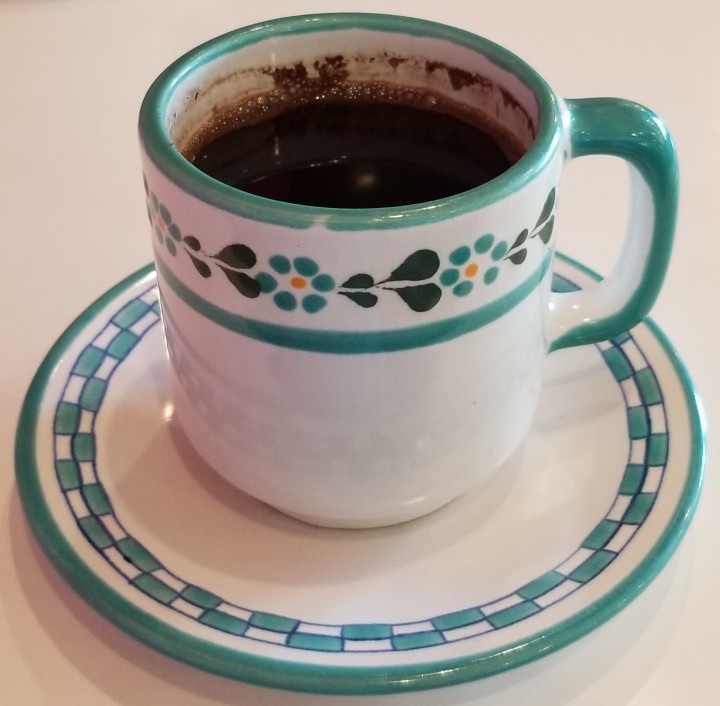 Maybe I should have ordered a light vegetarian meal, but I could not ignore the hospitality of our server, and my salivation from looking at the pictures on the menu; my choice was a magnificent combo of two main meat dishes, a taco and a side of refried beans with fresh cheese:

I was glad I followed my instinct (and the server’s suggestions); everything was delicious!

Please click on the highlighted text to check out my posts and recipes for Birria and Birria tacos, refried beans, and green sauce (the pork cracklins are simply stewed in the green sauce.) Mexican Style Machaca is made from dried, fried shredded beef (machaca) and cooked “a la mexicana” with onions, tomatoes and hot green peppers. In my next post, I will share my method to make homemade machaca and a recipe for a popular Northern Mexico machaca breakfast.

6 thoughts on “Sinaloa – The Round Pitahaya”