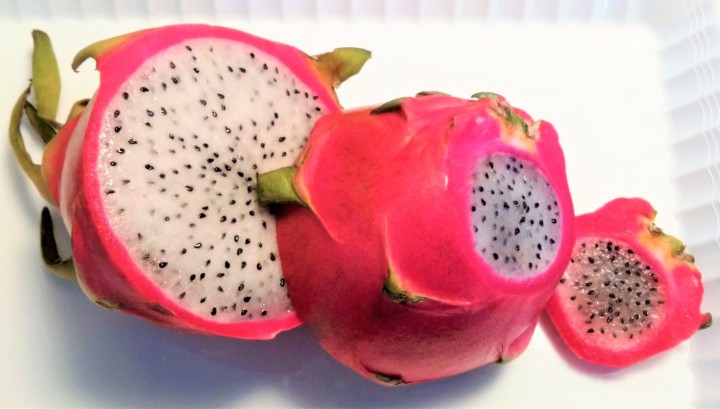 I just wanted to talk a little bit more about edible cacti, specifically about their fruit.  Cacti have very distinct flowers, characterized by several layers of sepals and petals, as well as numerous stamens and several stigmas, with their fruit developing below these floral structures (see photo, below left); botanists often rely on these characteristics for the reliable identification of a true cactus.   All fruits from the genus Opuntia, or paddle cacti, are edible (photo, below right), generically known as prickly pears, although some might be insipid, or worse, sour and plain unpalatable.  O. ficus-indica produces a light fleshed sweet fruit, the common prickly pear found at supermarkets, known in Spanish as tuna (see featured word, July 20 2018); xoconostle is the sour fruit of O. matudae, very popular in Mexican dishes to add some zing to salads and stews. 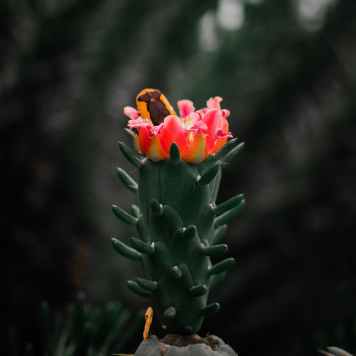 Photo by Mwabonje on Pexels.com 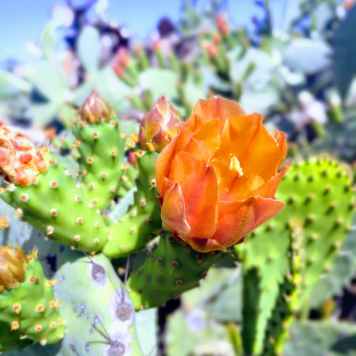 Photo by Noel Ross on Pexels.com

Cacti with other morphologies also produce edible fruit, some very similar to the prickly pear, such as columnar organ pipe cacti, seen in the photo, right (also visit Cactus Haiku).

A good example of a fruiting columnar cactus is Stenocereus thurberi, popularly known as pitaya in Mexico.  The photo below shows a basket full of pitayas, their skin ranging from green to purple; their flesh in different shades of white, yellow, bright pink or red; and all with contrasting black seeds:

I have never seen pitayas outside Mexico, so when visiting the country between March and June, it would be worthwhile trying to find them.  Because of its name, sweet flesh and black seeds, the pitaya is often confused with another fruit native to Mexico and Central America, known in Mexico as pitahaya, which is the climbing cactus Hylocereus sp., pictured at the top of this post (for photos of the flower and fruit on the climbing plant click here).  Pitahaya was introduced originally to Vietnam by the French, where it acquired the name of thanh long – dragon fruit, and today, it is also grown in many other subtropical regions, such as Australia (visit the Universal Gardener), the Philippines and Malaysia.  Pitahaya/dragon fruit has become very popular worldwide thanks to its Asian market, and it has been recognized for its health benefits as a good source of calcium, vitamins (such as C and B), minerals and fiber.  I bought one a few weeks ago at the supermarket; I sliced it in half, and then cut one piece one more time, slicing some into chunks, and the rest into thin semi-circles: 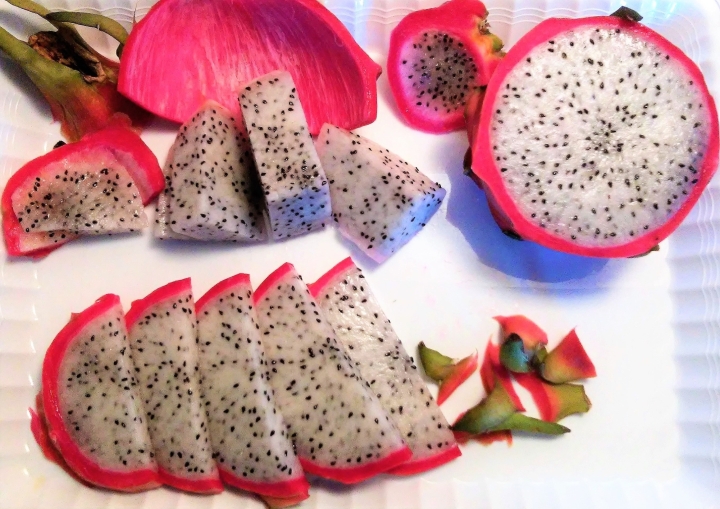 The chunks were eaten by themselves, but I served the slices with mango, for a nice contrast (below, left); I hollowed the other half with a melon scoop, and used it as a bowl for the balled fruit, served with mini-scoops of frozen yogurt:

Pitahaya/dragon fruit has a sweet and refreshing flavour, with a mild crunch; the mango and frozen yogurt were both good options that did not compete with its taste, but enhanced it, while providing extra visual appeal.

22 thoughts on “Pitaya and Pitahaya”