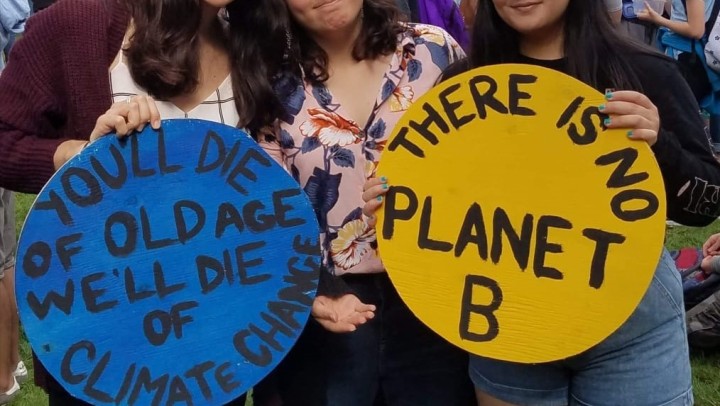 One of my daughters and her friends participated in the Second Friday Global Earth Strike at the University of Toronto this past September 27 (their signs featured above.) She had encouraged me to join a strike near me, and I did, mostly because I felt I wanted to do something and did not know what. The gathering I attended was not too large, the sound system was poor, and to add to the aggravation of not being able to hear the speakers, several politicians had joined, waddling around with questionable verbose about their contributions to the environment, yet people at the booth of the so called “Green Party” were using an e-cigarette (yes, they were vaping next to the crowd protesting bad air quality and climate change!) I thought it had been a tremendous waste of my time (and lungs), until I read a brochure that the Canadian Union of Postal Workers were distributing at the event: 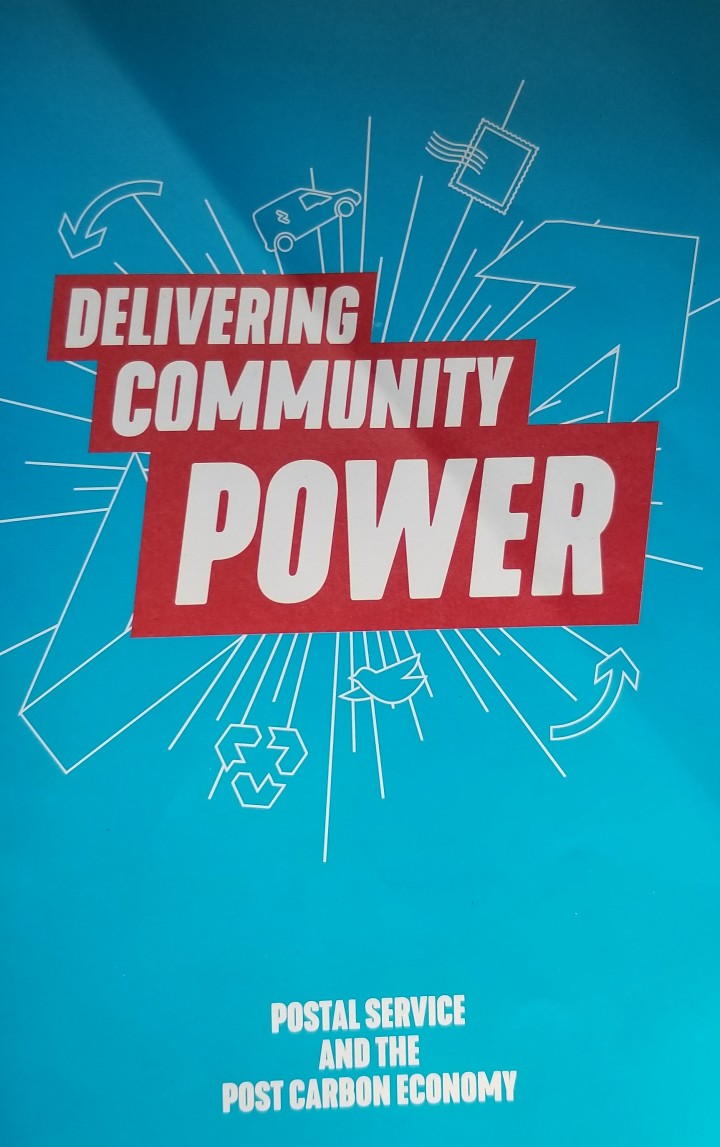 At first, I was wondering what they would have to say about climate change, but as they simply put it along the pages of their brochure:

“Some consider the post office past its prime, but Canada Post is not just a mail and parcel delivery service; it is a powerful national logistics network with the biggest chain of retail outlets in the country, and an easy way to communicate and connect with every household from coast to coast.”

Modelling from other postal services around the world which have already re-invented themselves, they propose optimization of energy and resources, and community services such as:

Home assistance to the elder and those with limited mobility, like Japanese postal workers who provide visits to seniors, delivering food and other supplies.

Combined public and mail transportation, such as in Switzerland, and doing so with electric vehicles, like in Germany.

Banking, e-commerce and paying systems like the ones already functional in the UK, Australia and Italy; in Canada, they could serve the community at large, but particularly those in remote indigenous and rural communities.

In addition, they envision charging stations for electric vehicles and community hubs for digital access and social innovation at post offices, and a consolidated last-mile delivery service to ease urban congestion and reduce the environmental impact of our cities.

The best part is that postal workers are already including aspects of this plan at the negotiation table, and three immediate actions may be taken by each citizen:

1) Join the call for Canada Post to Deliver Community Power by signing the petition at www.DeliveringCommunityPower.ca

2) Share the information with friends, neighbours, co-workers and family; and

3) Support postal workers in their negotiations to transcend beyond obsolete postal service models, and ask local politicians what they are doing regarding Canada Post’s future.

Our neighbourhood mail carriers are very nice and responsible; I have always felt like I would like to do more to thank them than writing a thank you card at the end of the year; now at least I can take those three actions and, who knows, when they re-invent the system, maybe if I ever become a limited-mobility citizen, I will also be able to share a cup of tea with some of them.