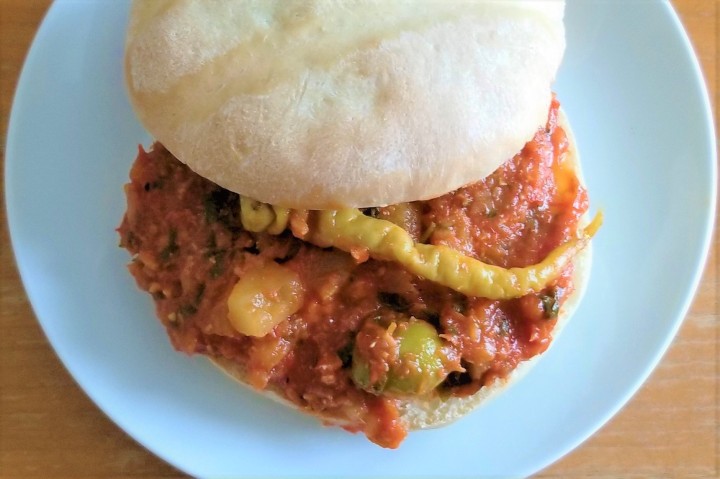 Another great Mexican sandwich is “la torta de bacalao”, made by simply filling a telera bun with Mexican style cod stew, a clever way to use leftovers from the day before, as recalentado (reheated stew is always better!)  Cod stew is one of the two most traditional dishes to serve in Mexico during the Advent/Christmas and Lent/Easter seasons, particularly on Christmas Eve and during Holy Week; I have already posted about the other dish, called Revoltijo, a raucous jumble of flavours (click here for story and my recipe.)

I thought that preparing the cod stew and tortas at home would be a very nice way to wrap up my sandwich themed posts, as well as my Lenten season recipes, since today is Palm Sunday, marking the beginning of The Holy Week (Alleluia, Easter Sunday is finally in the not too distant future!)  The recipe calls mainly for non-perishable ingredients, including the fish, which is salted and dry cod. The only time consuming step is to rehydrate and de-salt the cod fillets for two to three days before cooking.

In my next post, I will share my recipe for cod stew, Mexico City style, which is a rich and flavourful version of the dish, so emblematic that it is simply called “Bacalao”- “Cod”. It is also thick enough to hold as a scrumptious torta filling, as shown at the top of this post.

In the photo below, another example of a delicious torta de bacalao, which I enjoyed last December in Mexico with my sister, offering a cheerful portrait of the Christmas season, poinsettia tablecloth and all: 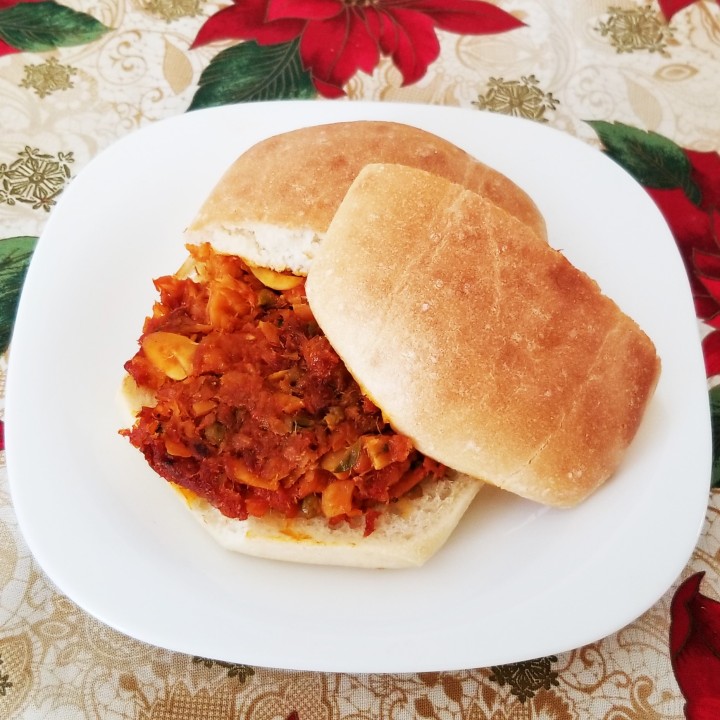