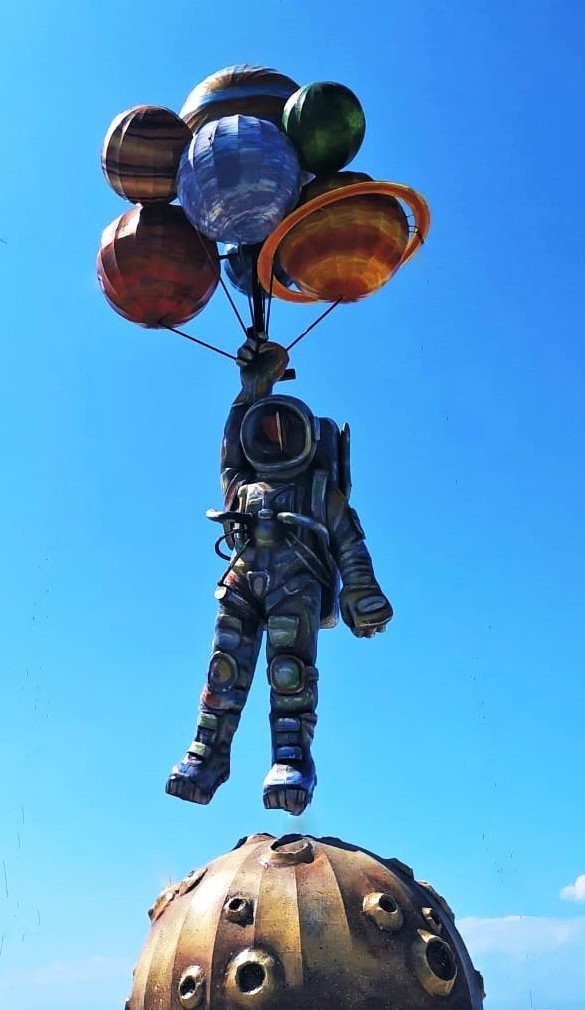 Around the world, there are many public celebrations before, and until, Shrove Tuesday (Mardi Gras, Fat Tuesday), which marks the beginning of the Lenten season on Western Christian calendars.  Some of the most famous are the Carnival of Rio de Janeiro, Brazil, which gathers the largest crowds in the world, featuring samba dances (cancelled in 2021, and moved to April this year, due to COVID19); Mardi Gras in New Orleans, USA, with its floats and marching bands (scaled down in 2006 after the devastation of hurricane Katrina, cancelled in 2021 due to the pandemic, and on-going this year with vaccination and test mandates), and Carnival in Venice, Italy, with its elaborate masks, and the oldest carnival, dating as far back as the mid 13th century (cancelled in 2021 due to COVID19, but returning this year).

In Mexico, there is also a strong tradition of Carnival, with massive concerts, parades, and exhibitions around the country; the most famous and largest are in the port of Veracruz, in the state of the same name, and in Mazatlán, also a port,  in the state of Sinaloa (pictured below):

El Carnaval de Mazatlán  was first celebrated in 1898, and nowadays is the carnival with the largest attendance in Mexico, in part thanks to its family-friendly approach; around one million people come to this port city for five days of concerts, coronations (Carnival Queen, Queen of the Floral Games, Carnival King, and Youth Queen), parades, the “Burning of Bad Mood” which involves actually burning an effigy of a lame or infamous character during that year (it has included unpopular city mayors, and certain US former president), as well as cultural events, including a poetry contest, and gastronomic samples.  One of the most anticipated events is the “Naval Battle” of fireworks, commemorating a battle to repel invaders on the beach during the Second French Intervention, sort of a local “Cinco de Mayo” victory, but taking place two years later, on March 31, 1864.

Announcing the proximity of Carnival in Mazatlán is the exhibition of monigotes, giant sculptures that begin to appear along the pier, and other central locations, a few days before the festivities commence.  These monigotes are always inspired by the theme of the Carnival, prompting artists and designers to dream their best creations, ranging from “Victory” over war (1943), and “Once Upon a Time…” catering to little princesses and arctophiles alike (1972), to fantastic creatures “Alebrijes and Dragons” (2017).  The theme for 2021 was “LANAO, Un viaje por el Tiempo” – “The Vessel – a Journey through Time”, but since the event was cancelled due to the pandemic, the organizers decided to keep the theme for 2022, worded as “LANAO – el viaje continúa” – “The Vessel – the Journey Continues.”

This year, the carnival in Mazatlán is running from February 24, until March 1 (Shrove Tuesday); my sister and brother in-law were there last week, and had a chance to capture images of a few of the monigote sculptures along the pier, created by artists Jorge González Mata, and Henry Wilson.   In the slide show, below, “Aerostatic Fish”, “Mechanical Grasshopper”, “Wish in the Firmament”, and (also at the top of this post) “Fantasy to the Moon”:

Needless to say, there are plenty of foodstuffs around the city, in special exhibitions of International and local cuisines, and at hotels, and restaurants.  The last day of Carnival, Shrove Tuesday, also known as Fat Tuesday or Mardi Gras, is for many Christians, the last day of eating rich, fatty foods before entering the fasting or diet restrictions of the Lenten season.  For a Mexican Fat Tuesday meal, how about a robust brunch, like the one my sister and brother in-law enjoyed at the country style restaurant “El Tenampa“; the photo below, left, shows a shared plater of toasted buns and natas (freshly skimmed cream), and (click on highlighted text for my recipes): a plater of machaca a la mexicana (a dry beef and veggie stir-fry), while the photo below, right, shows an equally tempting omelette, both platers served with chilaquiles (tortilla chips smothered in salsa),  and frijoles “caldudos” (“brothy” beans):

Do you have special food traditions for Shrove Tuesday, AKA Mardi Gras, Fat Tuesday?  Eating up all the foods that wouldn’t last the forty days of Lent without going off was a common practice before the era of refrigeration, and was eventually adopted as a pre-Lent food tradition for Fat Tuesday feasts, for example: king cake in France and New Orleans (USA), pancakes in the UK and Canada, Polish pączki (photo below, left, at a supermarket in Canada), and Hispanic torrejas (click here for my recipe, photo below, right), to name a few.

8 thoughts on “Carnival of Mazatlán – The Journey Continues”