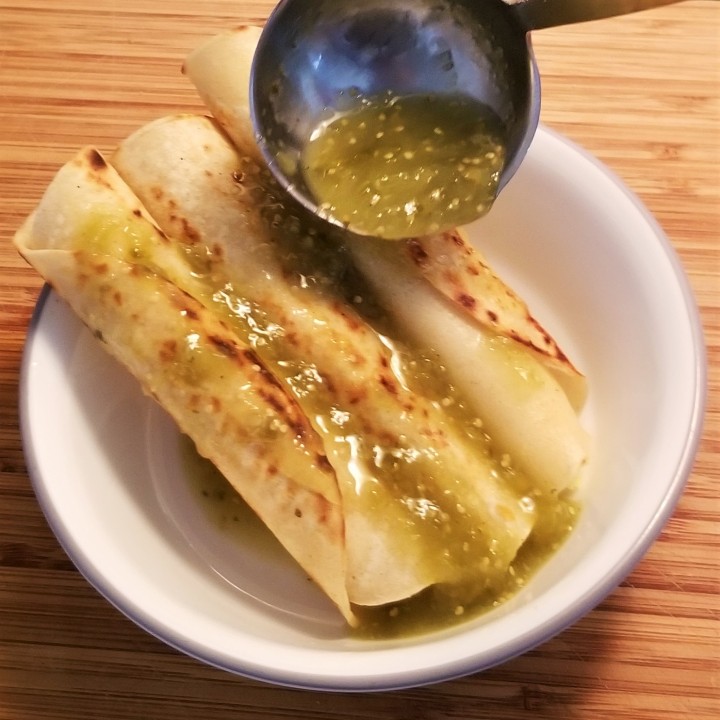 Last year, I learned that “El día nacional del taco” – “National Taco Day” originated in 2007, promoted by Mexican TV company Televisa.  Since then, it has been celebrated in Mexico every March 31, at first seemingly a surreal date, but now becoming more established in popular culture.  On the other hand, in the USA, and recently in Canada, National Taco Day is marked on the calendar on October 4; that is the date I have adopted, which has become an integral part in my blog, to take the opportunity to make a list of my posts with a taco theme during the year (click on highlighted year numbers to visit my lists from 2018, 2019, 2020, and 2021.)   This year, I have another delicious selection of tacos (click on highlighted titles for full stories and recipes):

I decided to re-visit my recipe for suadero tacos, one of the most iconic street offerings in Mexico City.  They are usually made with a special cut of beef (suadero), and a piece of pork sausage (longaniza) but, since my vegetarian daughter was visiting, a meatless batch was in order.

In Mexican cuisine, the term ahogado (drowned, in English) refers to foodstuffs served immersed in a liquid, such as a salsa or a thick broth.  These tacos are always prepared with corn tortillas and then fried until crispy, but different regional recipes call for specific fillings, toppings and “drowning” liquids.  In Mexico City and neighbouring states, there are some novel versions, such as the famous birria tacos, but served ahogados in a bowl filled with birria broth, instead of as a side; also, crispy tacos and flautas (longer and thinner crispy tacos), are drowned in salsa (photo at the top of this post), after being filled either with meat or vegetarian options, such as potatoes, in this case.

Marinating steaks in beer is a traditional method in Mexican cuisine to tenderize the meat and add flavour.  In this recipe, King Oyster mushrooms are a delightful vegetarian alternative and, even though they do not need tenderizing, following the same preparation as with meat renders a satisfying bite, with an extra punch of flavour.

In Mexico, the generic name for potherbs is quelite, for example, squash vine and flowers (flor de calabaza), or purslane (verdolagas).  In the Mexican state of Tlaxcala, pigweed – quintoniles, are featured in several traditional dishes, such as soups, stews as tacos; in my kitchen, I have substituted with foraged lamb’s quarters – quelites de cocina, to prepare this taco filling, so simple and light, that may be served for breakfast, as a healthy lunch, or as an antojito (Mexican snack) any time of day.  If foraged potherbs like quintoniles or quelites de cocina are not available, equally delicious substitutions are spinach, or Swiss chard.

These tacos originated in the small town of San Vicente Xiloxochitla, in the Mexican state of Tlaxcala.  Rapid infrastructural and economic growth in the mid-20th century created the need for filling and inexpensive foods that could be purchased by workers outside hospitals, office buildings and around constructions sites; some taqueros (taco masters) in San Vicente decided to take their business to larger cities, such as Puebla and Mexico City, to respond to that need.  They prepared their tacos in large batches and layered them in a basket (hence the name).  Since then, the sight of a guy riding a bicycle with a large basket lined in plastic (almost always blue plastic, for some unknown reason), and a huge batch of bright green sauce in tow, became ubiquitous in Mexico City.  Nowadays, there are many possible fillings for these tacos, but the classic choices remain as potatoes, beans, and chicharrón en guajillo (pork cracklings in guajillo pepper sauce).